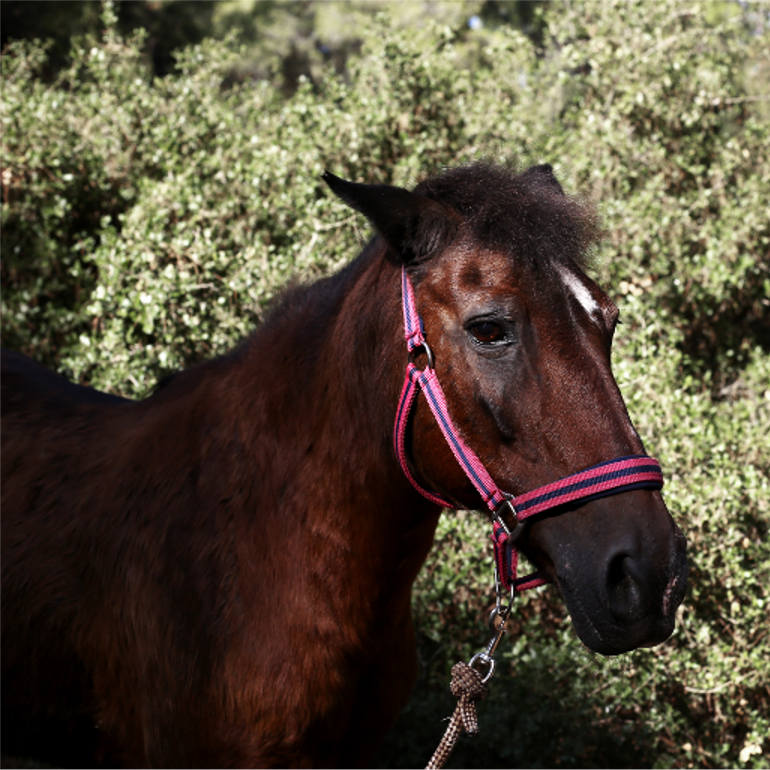 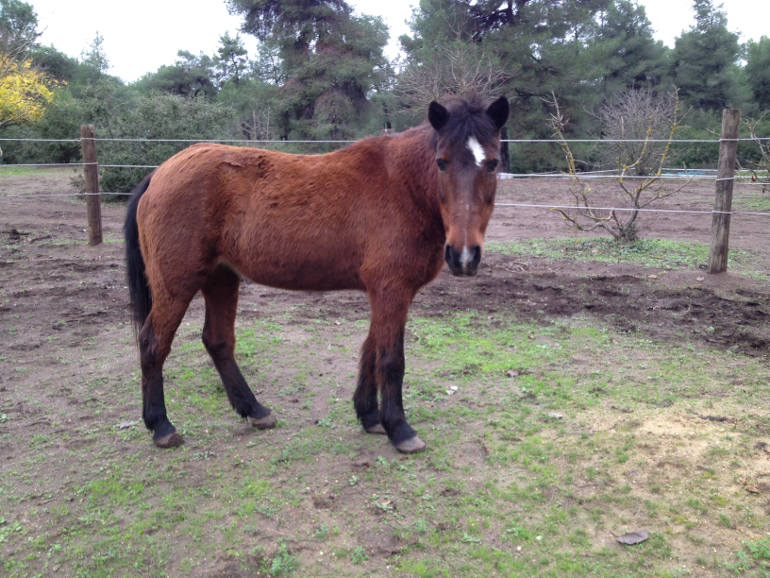 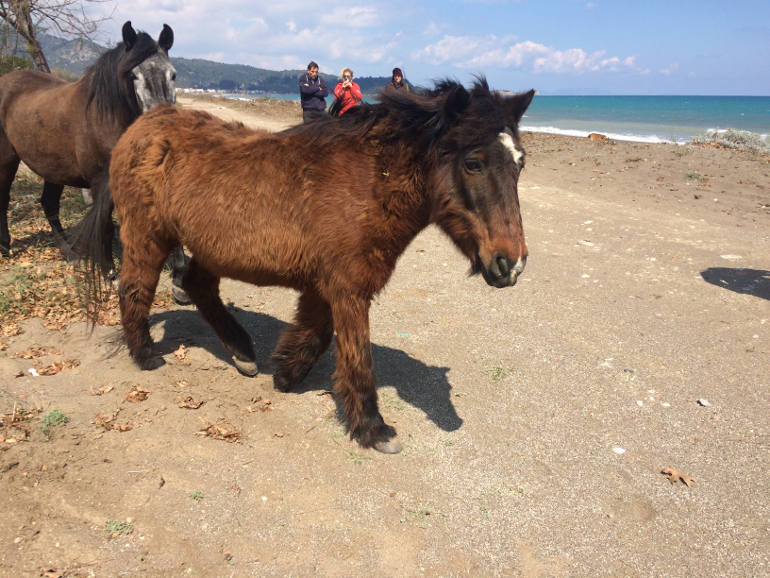 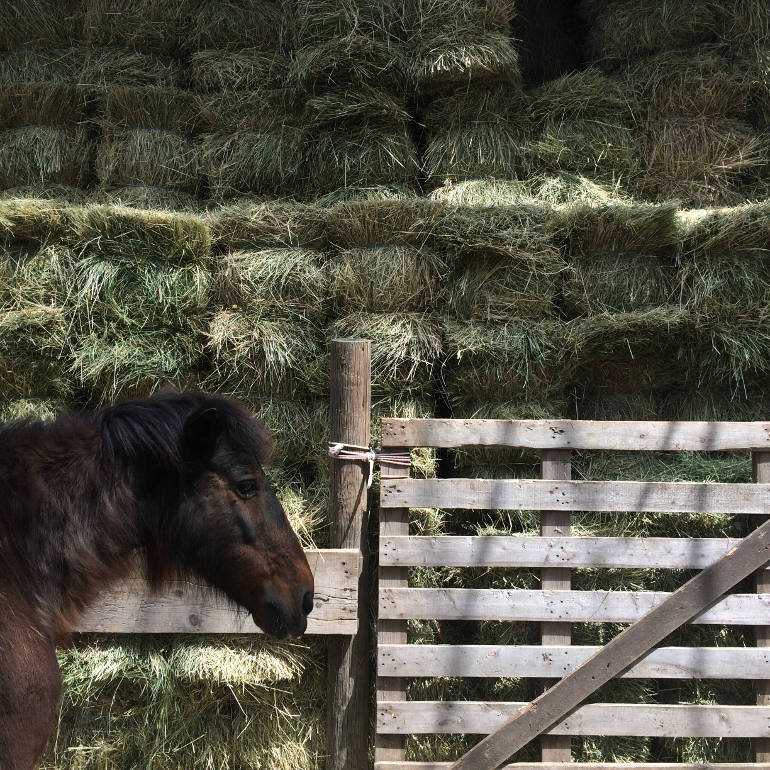 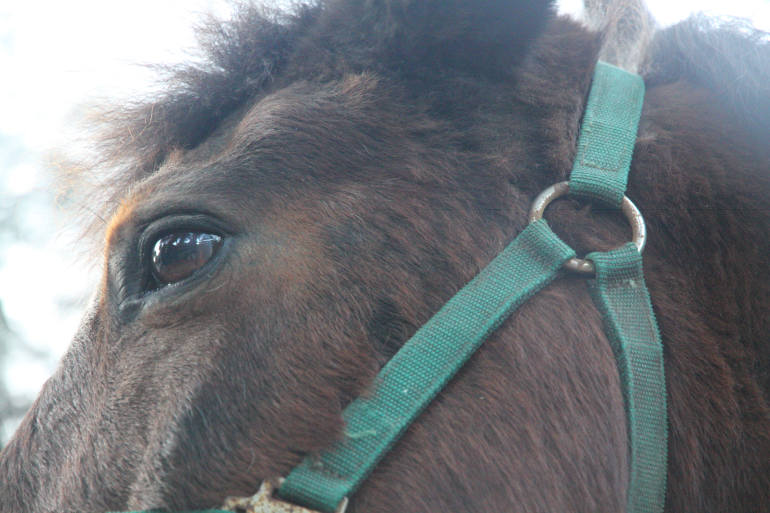 Chipita was a Greek horse from Pindos mountain who “left us” in 2018 at the age of 38 years old. When we met her in 2000, she must have been 20 years old. Patient and obedient, she knew that heir height did not allow her any rebellions, so she preferred not to become a target. In reality, the rest of the horses didn’t like her, she was a victim of bullying so she was always a step back. Except of the times she was walking with children, then she was always ahead. Children wasn’t seeing her like a small horse, they were seeing her as a huge and powerful horse instead.
Things became better for her when the leader, Rancheros, fell in love with her. He took her under his protection and since then no one ever bothered her again. Their love was like the ones we read in novels. They were escaping at nights, going for walks by the sea and when they were separated their neighs were heartbreaking. By Rancheros death, Chipita, had thankfully developed confidence. She could still not be accepted by the others but she was no longer considered as an intruder because she had a voice.
She even developed protecting instincts so, when Aristos – a former racehorse with many health problems – was added to the herd, she started to fight for both of them. She took care of him and he became fully committed to her. During walks, when he couldn’t walk, she was waiting for him and he was letting her eat his food. They were scratching each other’s backs. Chipita was once again in love.
Yes, this horse experienced great romances. During her last 2 years, she received again love. This time from Fotoula. Fotoula’s owner had her living in a garage with a dog and a sheep and he wanted to sell her for her meat because she was aggressive. When Fotoula came at the ranch, she became Chipita’s best friend.
Today that Chipita is no longer here, Fotoula doesn’ t goes out of the ranch and he neighs are so loud as if she tries to make Chipita hear them from the sky and come back. Word can’t express how sad she feels…
Chipita lived about 36-28 years. Not all of them happy nor without problems. And we know nothing about her early years. We know that she was afraid of plastic bags and of drones, she didn’t want anyone to mess with her legs and she loved carrots. She was very talkative, she was neighing when you were approaching her and when Seamoon was bothering her. She loved to run on the sand. During wintertime she had a beautiful extra fur to protect her from the cold and because of that we were calling her Mamouth. On summertime she was volunteering to take for a walk the kids who loved her and she loved them back. Mostly the small children and for many of which, their walk with her was their first.
What consoles us is that now she is again with Rancheros, Sia, Moon, Tiger and ‘Koritsi’, her old friends. 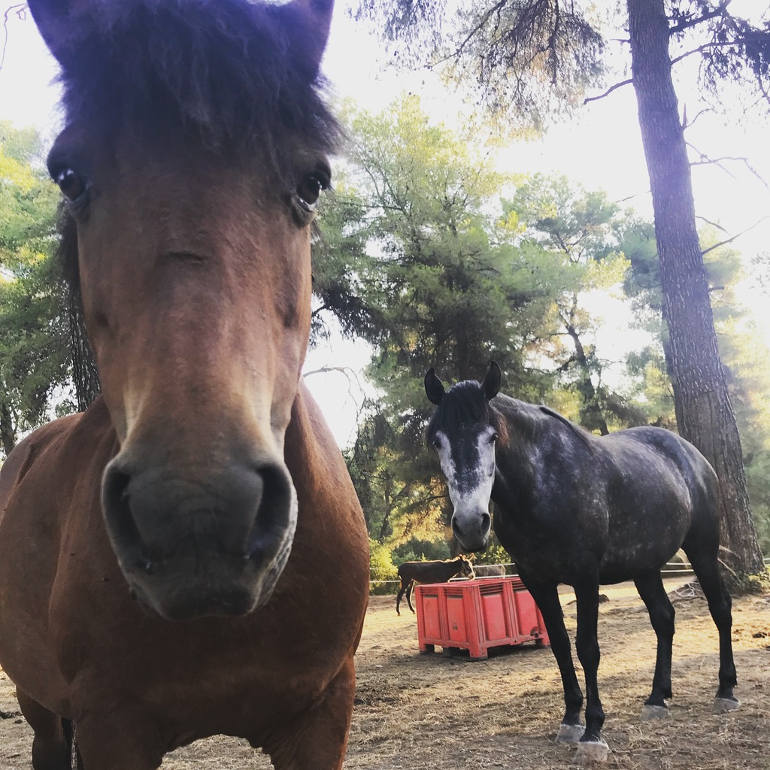 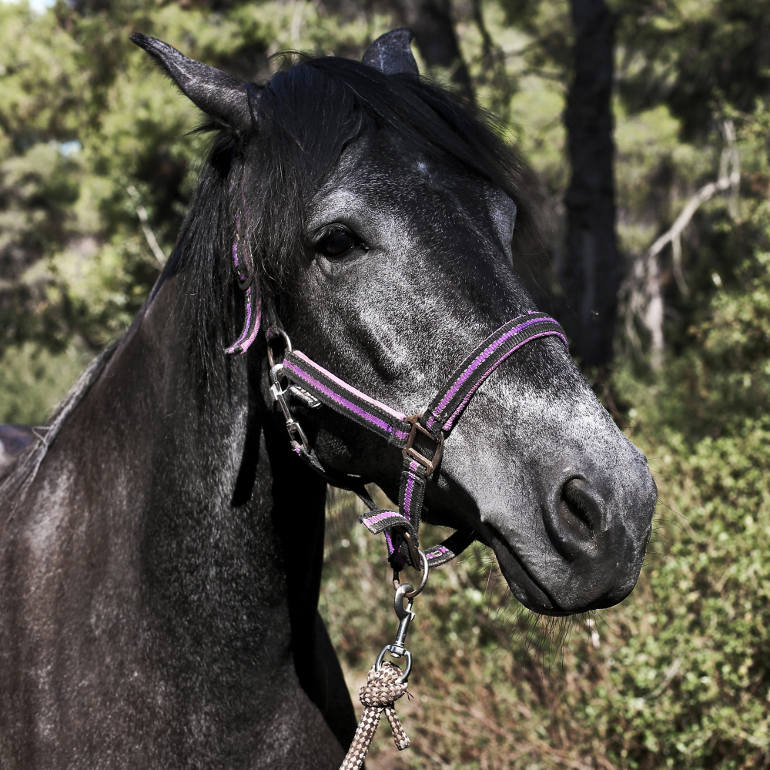