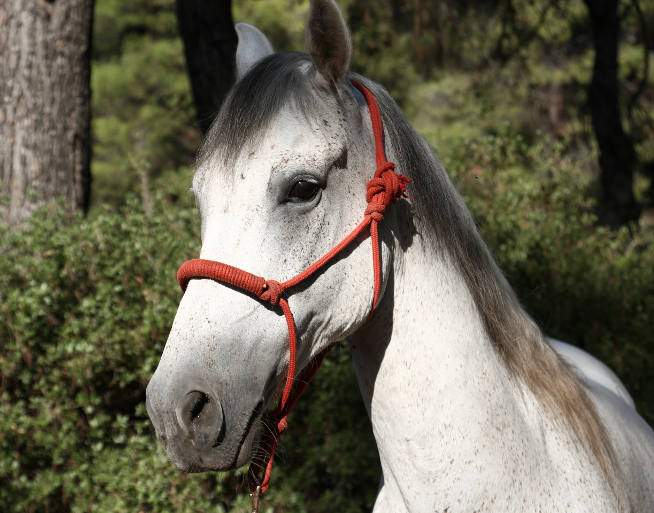 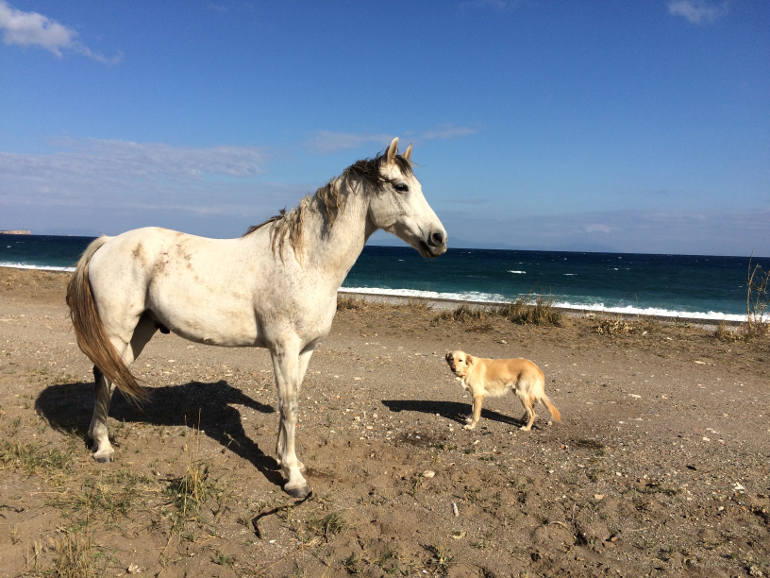 Philippos was born in 2011 and he is the star of the team.
When he sees a camera, he takes his best pose and looks straight into the flashlight. It’s a reality, not just a joke between us and it’s something that you can verify in our calendars, as most photos are his. You see, when a photographer comes to Rancheros, he will really have a difficulty of taking photos of another horse. Philippos is seeking all the attraction as he stands proud, ready for the next click. And of course, he is a well-known photo bomber.
He is also the most stressed horse. He gets stressed when the group is divided and expresses it with a neigh. Especially when Nefeli, his great love (who doesn’t pay almost any attention to him), moves away from him.
That’s why it’s a paradox that when the horses were transported to a safe place, he stayed behind for two weeks. There wasn’t entering the trailer, stubbornly. Probably something traumatic has happened to him in the past. It was quite hard for us to move him. We tried all the methods. Perhaps someone had tried to steal him and this experience has not been forgotten ever since.
When he was young, he was a quiet colt but when he grew up, he went against his leader. Seamoon, unusual for a horse, stepped back. You see, Philippos is the child of Seamoon’s great love, Sia, who died when Philippos was only 5 months old. From that day, Seamoon took Philippos under his protection and he became the father and the mother that Philippos was deprived of. When the teenage revolution of Philippos ended – his castration helped-, the order came back to the herd.
After the castration though, he had the same mood, the one of becoming a leader again. This was the first thing he tried to do, when he came back from the operation. He wanted to dominate Seamoon. So, they were facing each other and a battle was about to start.
But at that point, the females went in between them, this war had to end. They stayed in front of Seamoon and this was the way to show who the ladies wanted for their leader. Since then, the leadership has never been questioned again. Philippos took the position of a deputy. With Seamoon, they eat and sleep together. 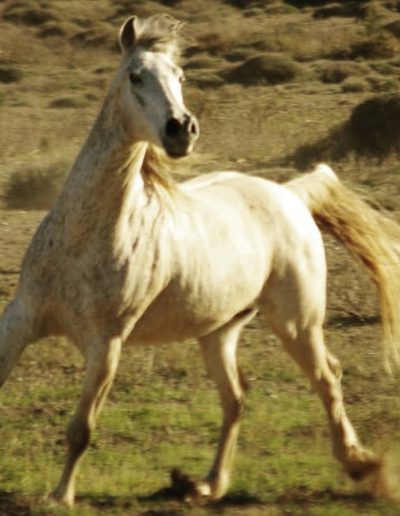 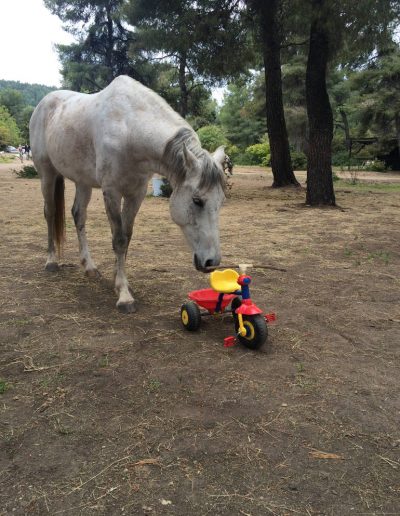 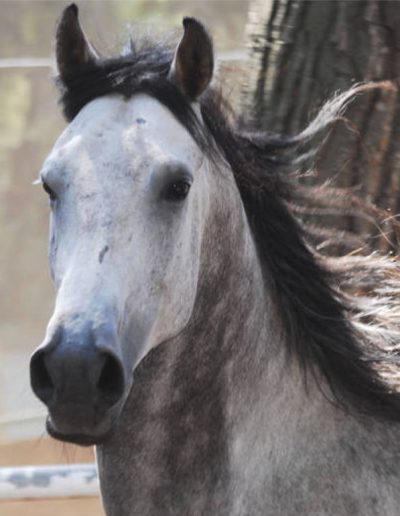 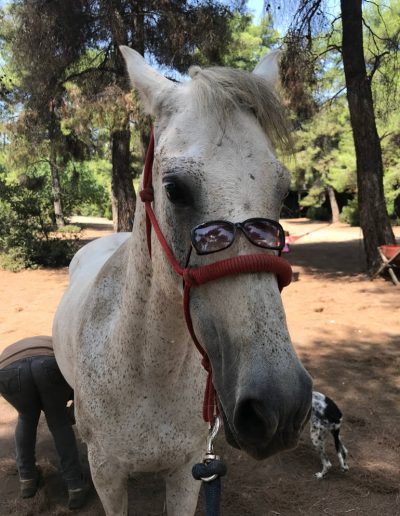 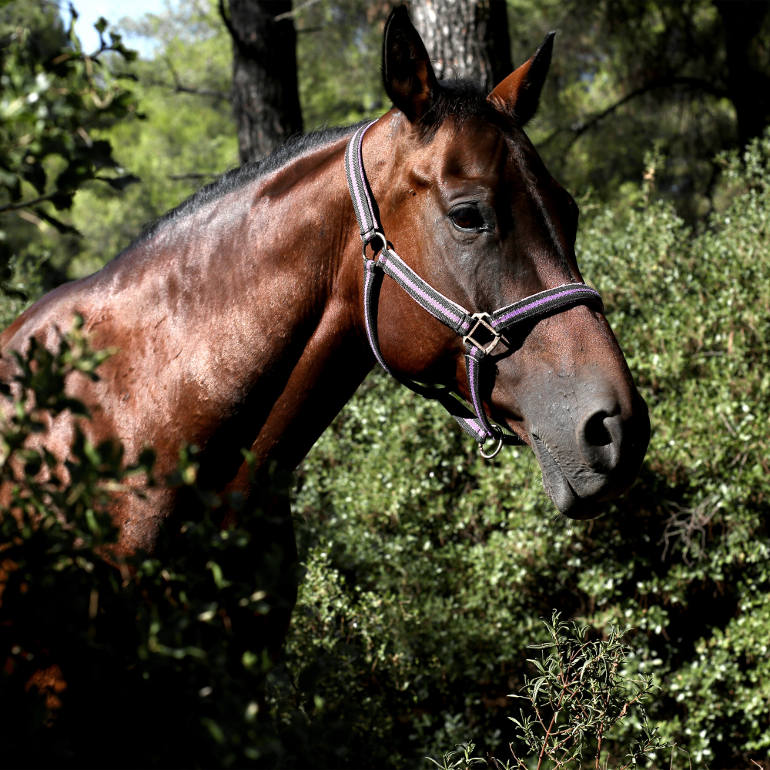 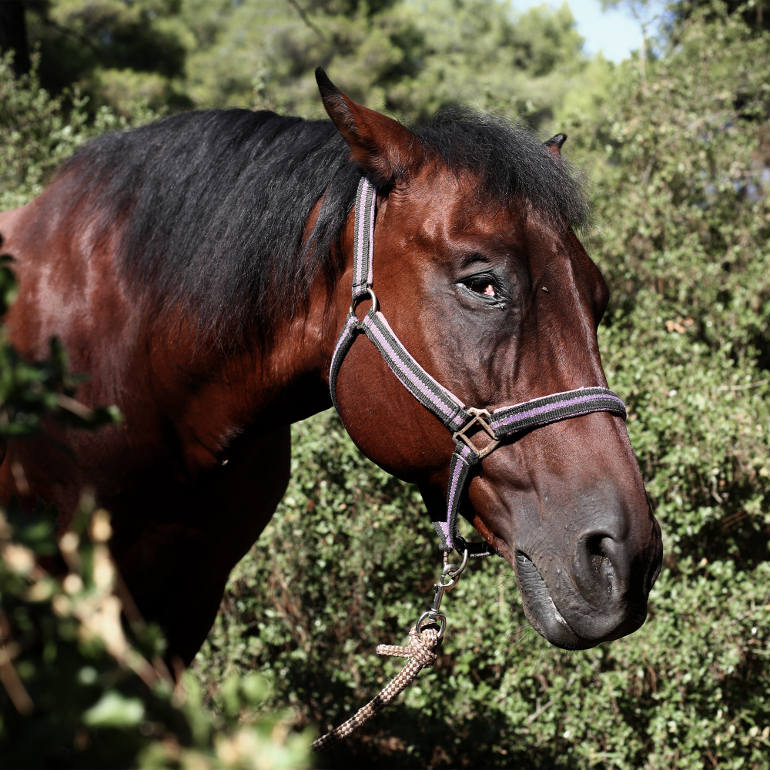